Obesity – more dangerous than you think!

Fat – we think of it as white blobby stuff, an energy store for our bodies, but not much more. It’s hard to get rid of, so it must be a pretty inactive tissue, right? Wrong! Our fat is the biggest endocrine (hormone producing) gland in our bodies and it has a great deal to say about our quality of life and how long we’ll live.

Since the discovery of leptin 20 years ago there has been an explosion of research into fat and the biologically active substances, called adipokines, that it produces. More than 50 such substances have been discovered and they affect a broad range of processes in all body tissues. Their inter-relation­ships are very complex – a finely tuned ecosystem and, in many areas, still poorly understood. 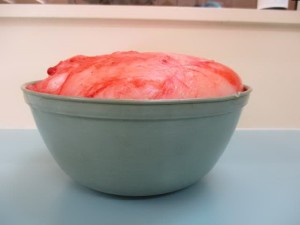 Fat is not just an energy store. It produces lots of pro-inflammatory hormones

Leptin, the first adipokine discovered, acts as a satiety hormone, telling us when we have had enough to eat, and helping us to burn more energy. Levels increase as we put on weight. This balancing system seems to work well in nature but when we overload our bodies with large amounts of highly digestible calories that we don’t have to work hard for, we overload the ability of our internal ecosystem to self-regulate.

Most adipokines are pro-inflammatory chemicals. Indeed, obesity is increas­ingly being seen as a chronic inflam­matory disease.

Most research has been done in humans and in rodents. We are disturbingly similar! It provides fascinating insights into why our modern lifestyles are killing us in droves. Obesity is linked with insulin resistance, type II diabetes, hypertension (high blood pressure), coronary artery disease, clotting disorders, arthritis, liver fibrosis and a generalised chronic inflammatory state. The list of cancers in which obesity is a causal factor in humans is long and grows ever longer: ovarian, endome­trial and cervical cancer, some breast cancers, oesophageal, colon and rectal cancer, pancreatic, biliary and liver cancer, some stomach cancers and some leukaemias.

Fat does produce ‘good’ adipokines. The chief of these is adiponectin. This is the most abundant hormone in the body, with levels a thousand times greater than any other hormone from fat. Adiponectin is the only adipokine in which levels fall with increasing obesity. They are highest in lean, well-exercised individuals.

Adiponectin protects against diabetes, reduces risk of atherosclerosis (the build up of a waxy plaque on the inside of blood vessels), hepatic fibrosis (the formation of hard, fibrous tissue in the liver leading to loss of function and liver failure) and other chronic inflam­matory diseases, as well as many forms of cancer. It directly counters several of the pro-inflammatory adipokines that are produced in excess in obesity.

Far fewer studies have been done in cats and dogs and they highlight significant differences in the actions and effects of adipokines between species.

However, the dramatic rise in obesity seen in humans in the past 35 years has also been seen in our cats and dogs. Obesity is far more dangerous in our pets than we ever thought. As we overfeed our pets we unleash a ‘perfect storm’ of nasty chemical consequences.

The consequences of obesity differ in cats and in dogs and are quite different from the pattern of diseases seen in humans. Cats do get type II diabetes associated with obesity, but the incidence is much lower in cats than in humans with comparable obesity. Dogs don’t develop type II diabetes.

Neither cats nor dogs appear to get hypertension as a direct consequence of obesity in the way that we do. Although some studies have suggested a link between obesity and hypertension in dogs, more studies contra­dict this.

Cats and dogs do get atherosclerosis. This is a major cause of heart attack in humans but is rarely of clinical significance in our pets. It has no clear connection to obesity in cats and dogs. In dogs it is most commonly caused by an under-active thyroid.

So cats and dogs are largely spared the three major killers caused by obesity in humans. But there is no ‘get out of jail free’ card.

Obesity has strong links with arthritis, especially osteoarthritis. It has always been assumed this was because of 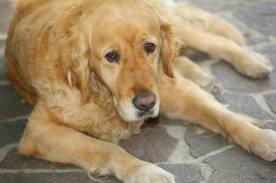 Arthritis is a real pain for dogs!

the increased ‘wear and tear’ on over­loaded joints. Recent studies focussing on leptin and other adipokines have shown they play a large role in the development of arthritis, which is unrelated to actual ‘wear and tear’. Being just 20 percent overweight led to the onset of osteoarthritis needing medication three years earlier than matched lean dogs in the Nestle Purina lifetime study. At eight years of age only 10 percent of the lean dogs had multiple joint arthritis, contrasting with 77 percent of their overfed pair-mates.

The same study showed medication for any chronic disease was required three years earlier in the overweight group of dogs.

Obesity is a major risk factor for periodontal disease in our pets. Periodontal disease is inflammation and infection of the attachments of the teeth to the gums. It is the major cause of tooth loss in cats and dogs, and in people too. This seems to be caused through higher levels of a pro-inflammatory adipokine called tumour necrosis factor.

The causal connection between obesity and cancer in dogs and cats is not as clear as it is in humans and rodents.

Both vets and owners can be in denial!

Body Mass Index (BMI) is the measure of obesity used in human studies. It is calculated from measurements of height and weight. Body Condition Score (BCS) is used in dogs and cats.

It is a subjective measure and depends on the judgement of the vet or vet nurse. Two scales are used – a five-point and a nine-point scale. It has been found that vets consistently underestimate the degree of obesity of pets in their care and this is more pronounced when the five-point scale is used. At Halifax we use the nine-point scale and you will see your pets BCS on every examination report, as well as a graph of your pet’s weight.

Body Condition Scoring is still under-utilised by vets, even though obesity is a major disease in pets, significantly shortening life expectancy in both cats and dogs.

In one study of 1104 pet owners surveyed, 356 thought their pet was overweight or obese. But only three saw obesity as a health problem!

Prevention is better than cure!