Halifax Hunter of the Year 2015

This years Hunter of the Year award goes to Jo Dippie’s cat Frisbee. Frisbee’s hunting exploits are all the more impressive since he just has three legs. Catching rodents is more about patience and guile than athleticism. Jo’s entertaining story below did seal the win, earning Frisbee a $300 voucher to spend on anything at Halifax. 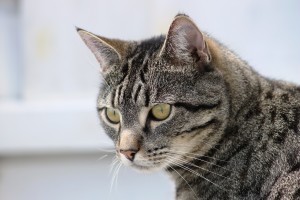 Frisbee has always been an adventure seeker and even the loss of a hind leg following two traumatic accidents hasn’t slowed him down. He is still seen hunting in Fairfield Park or exploring up on the roofs of neighbouring homes .

He also continues to bring home his catch. Rodents are his most numerous prey. Through much of the year he brings in several mice per week, always still alive so he can play with them before snacking.

Thankfully the rats he brings home from Fairfield Park are very much dead. He loves to fling them around the room to simulate life so he can then pounce on their dead body. One day I found Frisbee searching everywhere and I thought oh great, he’s lost a mouse behind the furniture. But no, it was a dead rat. In his exuberant play Frisbee had flung the rat high, for it to land in a large wooden bowl on the sideboard.

A week or so back I arrived home from work in a bit of a rush to use the loo. Raising the toilet seat I sat down … and as I sat I thought to myself there is something in the toilet… and it looks like a rat. Rising, I had a look and yep, one very dead looking rat curled in the toilet bowl.

Now my house is old (late 1880’s) but the entire plumbing, including the sewer line to the street, is new so there is no broken or cracked plumbing for a rat to enter. 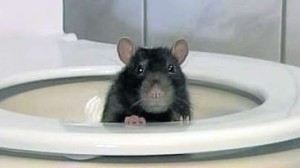 My toilet has a self-closing lid and with a curious cat and dog in the house I never leave the seat up, not once. So how did the rat get in the toilet? The only conclusion I can come to is that Frisbee was energetically ‘playing’ with his dead rat in the ensuite and he somehow knocked the toilet seat open. Then, before the seat closed, the rat was flung in.

Having just peed on the rat I was anxious to have it gone. I actually worried it might not flush away and I would have to fish it out. However three very vigorous flushes and it was gone. Only then did I think I should have photographed it as it really is an improbable story.

Now, before using the loo I always look to see what could be lurking in the depths.

With Frisbee in the house, one never knows! 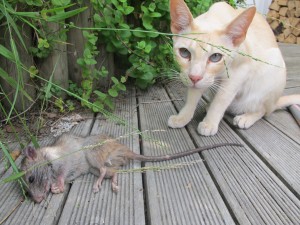 Alicia writes “He catches on average one or two rats per week and generally a mouse everyday! He brings them all inside to show me and play with them. Sometimes he leaves dead half eaten rats under the spare bed for safe keeping and for me to find several days after they were caught!”
Rapha gets a $150 voucher to spend on anything at Halifax.

This year we have a special Junior award for Elsa. 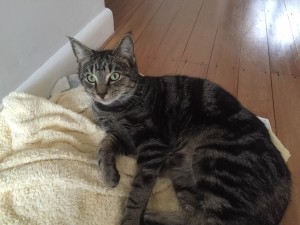 Else caught her first mouse as a kitten and her owner Georgie Masters reports she is now well on her way to becoming a seasoned hunter.
Elsa gets a $50 voucher to spend on anything at Halifax.

Why have the Halifax Hunter of the Year Awards? 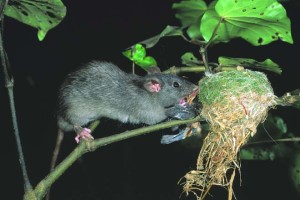 Because domestic cats are being made the scapegoats for the ecological disaster that has overtaken much of New Zealand’s native bird life as well as bats, lizards, frogs and giant snails. Much of the damage was done long before the first cat arrived.
Even today by far the most significant predators of native birds and reptiles are rodents and mustelids (stoats, weasels, ferrets) but possums and hedgehogs are also significant. In the heavily modified ecology of urban, semi-rural and rural New Zealand domestic cats probably have an overall beneficial effect on native fauna through their suppressant effect on rodents and mustelids, and on some of the introduced birds that compete with native birds.
Restricting this hunting behaviour has been shown to be counterproductive.